One's Too Many And A Thousands Not Enough 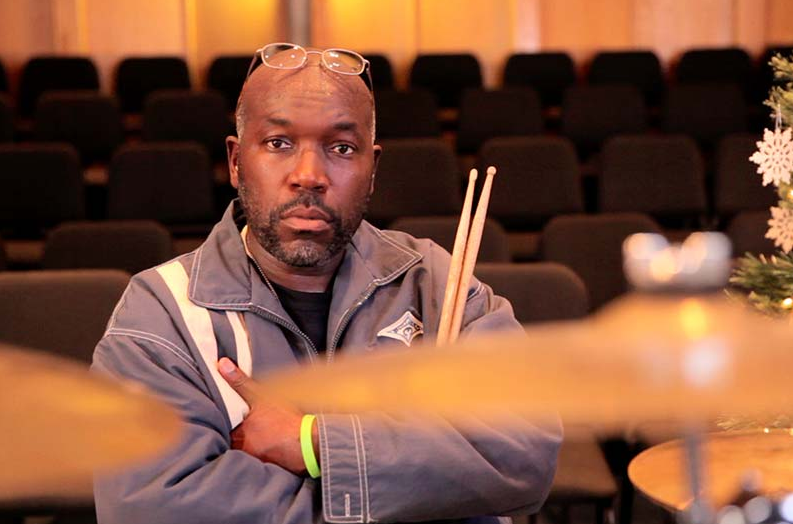 "I started playing at age 12 and I was in a Top 40 band at 13, 14 years old. I didn't graduate High School and I was making three, four or five hundred dollars a weekend."

Dennis then got into the drug and alcohol.

"I just started with a beer and smoked a little weed.

'One's too many and a thousands not enough.' That was written for me.

And it escalated. When crack came out in 1980, my brother said, 'Hey let's get on this ship,' and it was like that for a long period of my life.

I was hustling at the Shell station. I was doing people's gas and their windows. And when women came up, I would help them put air in their tires.

He would walk my daughter to the park or I would peek around to see my daughter going to school. They didn't know I was back there. I said, 'I got to stop this!'

For a quick second, there was a small inkling of suicide in my head.

I thought, 'I've got to bust a move because I'm too scared to kill me!' I love life too much but the thought came by.

I was headed downhill and my turning point was that one month of sleeping in that car. I went to a minister at my old church which is Liberty Tabernacle Ministries in Gardena. They drove me to a Salvation Army community center.

I was happy to walk in there. That is God's impeccable timing.

All I know is that I was focused on getting my act together.

I'm truly grateful to The Salvation Army because my life came together when I came here.

My drug usage and everything got so deep that I wasn't playing my drum set. I started playing immediately when I got to The Salvation Army.

When I hadn't not really gotten deep in my alcohol usage, I had a pretty black pearl drum set.

I was out running the streets and stuff so our guitar player had part of my drum set and he took it to The Salvation Army thrift shop. The rest of my drum set was with the bass player and he ended up taking it there too.

So when I started playing again at The Salvation Army, I went in for rehearsal and they had my drum set!